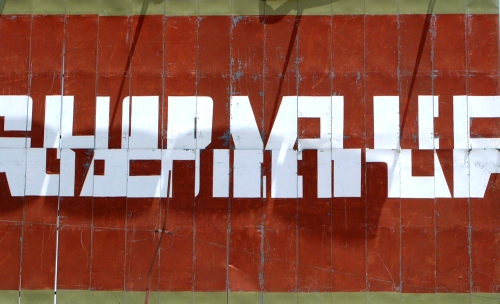 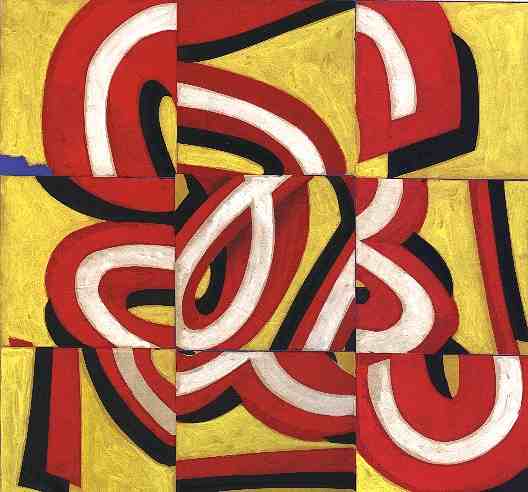 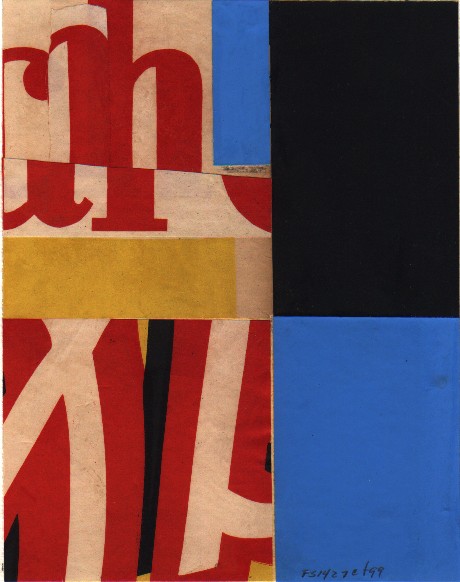 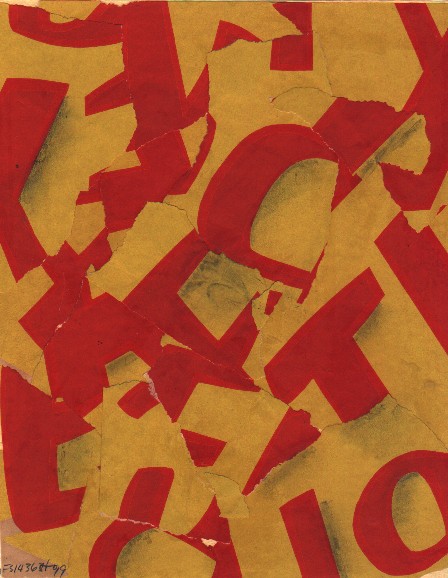 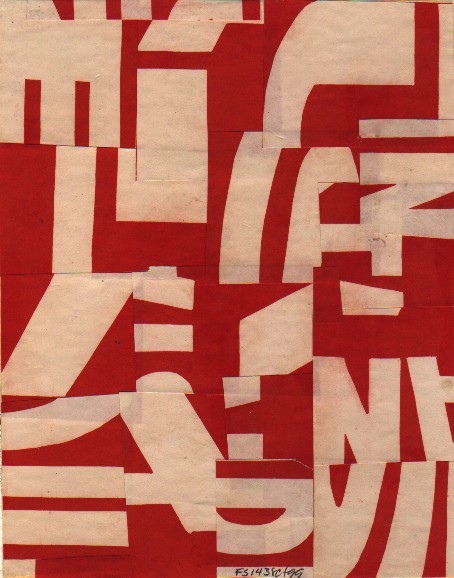 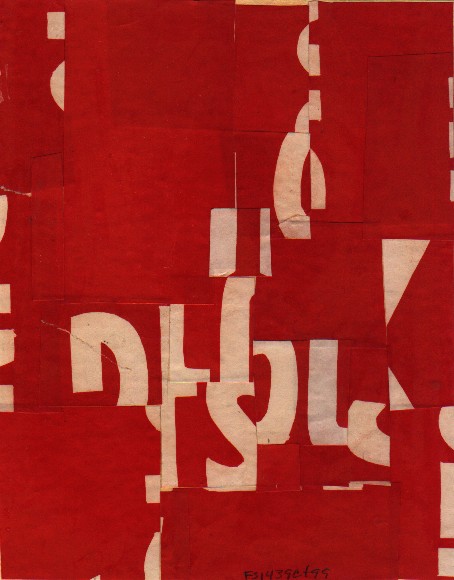 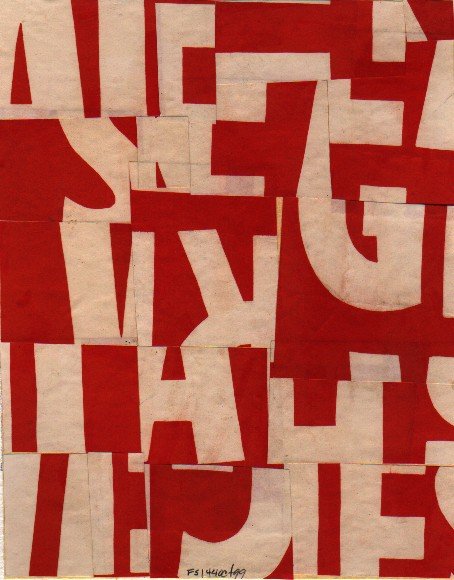 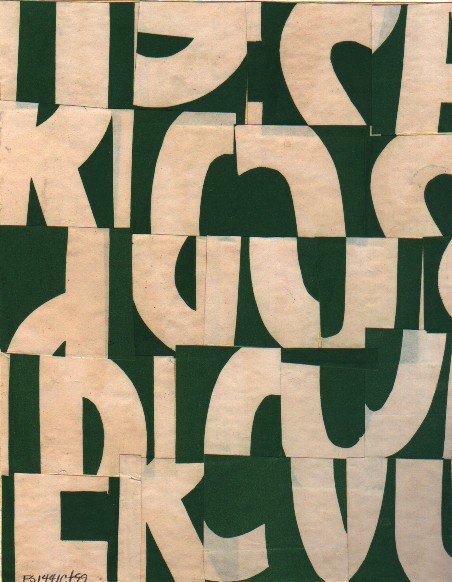 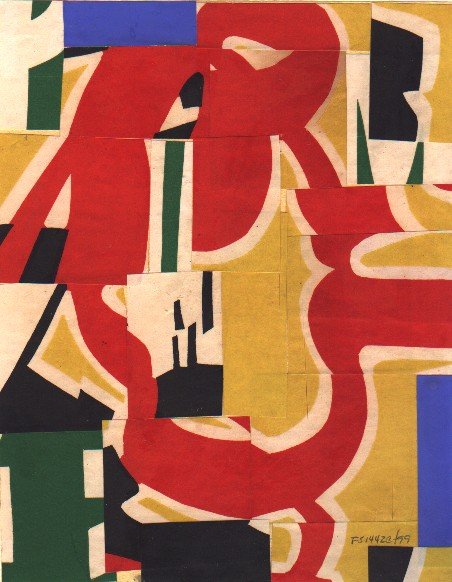 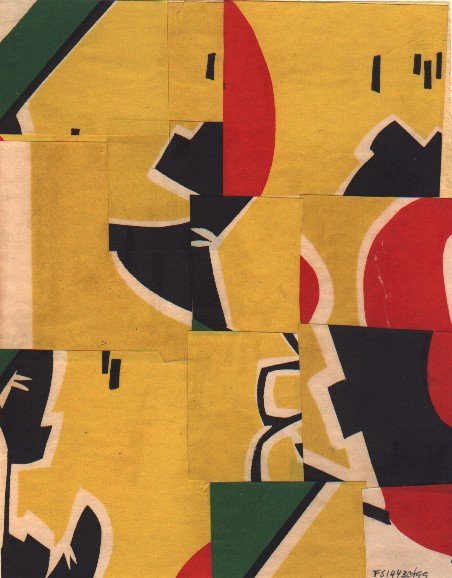 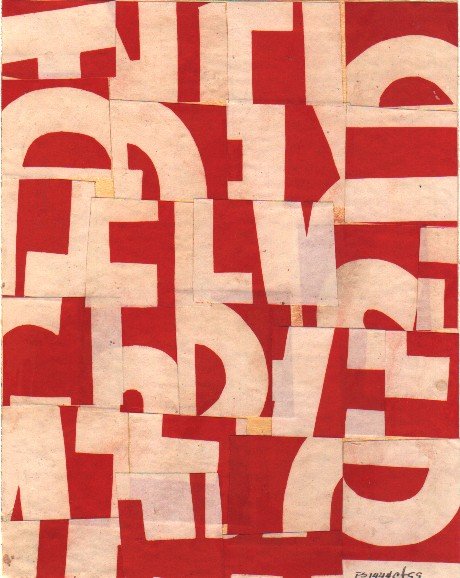 My work is about observation rather than self-expression. I test ideas until I find interesting repeatable solutions that strike me as being aesthetically interesting. There is always a ‘What if…?’ at work.

I have always had an affinity for written language, illuminated manuscripts and ancient texts. Drawing has also been a favorite medium. Drawing is the handwriting of the artist; very intimate and conversational. Traditionally early artists worked out their ideas in sketches and drawings before attempting a painting. This raw record of visual notations and explorations, left in their very candid and often unfinished condition, has always been a subject of fascination.

I started the collage series, that I am still working on, as a visual diary while in college in Texas in 1983. My intention was to make whatever came to mind and continue until I got to 500 collages. At the time this seemed like an ambitious goal. I worked out my general working method. Once standardized in my process, I made whatever struck my fancy.

Through this process I have explored various artistic ideas gleaned from the art history of the past 100 years. I test ideas in leisure that were first proposed in haste and often left undeveloped. The passage of historic time allows perspective. I think of art as a trans-temporal dialog in which artists converse through their works with those of their predecessors and project forward to their artistic descendants.

In time, certain imagery or compositional ideas emerged creating potential that could be developed so I worked out suites of works within the overall Fusion Series. I thought of this body of work as a collection of experimental specimens, so they remained untitled and identified only by a series number.

In 1998, we moved to my wife's home town of Cuernavaca, Morelos in Mexico where we lived for seven years.

It was a long, arduous drive to Cuernavaca which is on the southern side of Mexico City. I wondered what I would be making as art while in Mexico and kept my eyes open for inspiration. Two things caught my attention. I saw an old bill board in Laredo, Mexico. It was composed of scrambled white letters on a scuffed up red background that made a fascinating composition the size of a billboard. I took some pictures of it for future reference. 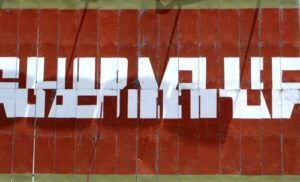 Many hours later after day had long turned into night, we emerged from the darkness at 3 AM into Mexico City on the final stretch to Cuernavaca. We had the highway nearly to ourselves at that hour. I was astounded by the Surreal feeling of massive and brightly lit billboards along the urban highway. I did not know Spanish when we first arrived in Mexico. I was, therefore, able to look at the words without knowing the meanings. Additionally, if billboards didn’t have a paying client at the time, the sign company had the panels rearranged so that the message was scrambled instead of painted over. The random forms created by this process intrigued me. They were massive disjointed collages.

I decided this would be what I was going to spend my time developing. At first, I wanted to find the actual sign materials, but this was impractical. Later I saw paper posters on the walls in Cuernavaca and I realized I could work with paper at the smaller scale of collage, so I started tearing the posters from the walls to take to my studio. In fact, the most useful for me were the wrestling posters which were screen printed and mostly composed of text. New posters were put up every few days. They just kept pasting one poster over the top of the next until the walls of posters would get to be more than an inch thick and start curling at the corners. When they got to this point, I occasionally would arrive in the van and tear off perhaps 10 linear feet of posters that were an inch or so thick.

Luckily, the guys who put up the posters carried around a roller and a five-gallon bucket of some water-soluble paste to install the posters. Once in the studio I could soak the papers. After a day or two they were easy to separate. Then I would lay them out in the sun and let them dry, then cut them up into storable sizes and put them in bins to use for the collage material in the typographic collages.

The idea of the typographic abstractions was to see the language on a completely visual level without the interference of literary meaning. This has led me to a lot of new ideas and contemplations about the nature of language and our relationship to it.

When I first started these collages, I had never seen anything like it except on the billboards. However, some years later, as the internet developed, I started to come across some other artists from the 1950's and 1960's who had done some experimentation with a similar idea. Notable are a few examples of collage based concrete poetry by Carl Andre from the late 1950's which first came to my attention in 2007 from seeing images of an exhibition at Andrea Rosen Gallery. There is also Leon Ferrari from Argentina, Jiri Kolar from the Czech Republic and Rosalie Gascoigne from Australia to name a few. The idea of working with dissected and reconstructed typography has been touched on or even fully explored by several artists in the past.

The traditions that I was aware of at the time were further back in history, namely the Futurist works by poet Filippo Tommaso Marinetti. He had developed parole in libertà (words-in-freedom), a radical form of writing based on the destruction and reconfiguration of words and sounds.

Also, there was the development of Zaum or ‘transrational’ poetry from the Russian Futurists defined as experimental poetic language characterized by indeterminacy in meaning.

The central interest for me was the idea of releasing the elements of language from their work as conspirators to create literary meaning.

Language is ultimately a representational art. As readers, we look past the actual components of language to the meanings and ideas conveyed through the linguistic structure. But language only has a value to describe commonly experienced things. If a writer wishes to write something, it needs to be about subjects with which a reader has some degree of shared experience. Without this experience the meaning of the writer’s words will be beyond his reach as if being confronted by a language in which one is not conversant. An unknown language merely becomes a visual pattern. When heard, the sound of it just a rhythmic noise untied to meaning. It becomes abstract.

My interest is in exploring the ground of language, the place from which language arises and into which it dissolves – a pregnant silence or luminous void pointing to that place where language cannot go or that language cannot articulate.

These works then came to serve as studies for the paintings which are all directly based on the collages. The entire body of paintings explore the compositions, color schemes and surfaces of the collages for the basis and logic of the painted images.

In order to do this, the surface is covered with a layer of paper over which the painting is then drawn out and painted. This technique allows the surface to start out as paper and to be treated as paper. With a paper substrate I am able to draw, stain, glaze, sand and scratch on the painted surface without penetrating past the substrate.

Since the paintings are based on typography there is a tension between the graphic arts and the painterly tradition. I see the collages as a part of the graphic arts tradition but then, when brought into the arena of painting, I think of the image as a figure/ground relationship, a surface and a painterly space.

The images in the paintings are a composite based on printed paper parts that were originally arranged in loose grids as collages. The paintings maintain the indicators of all these breaks in the collaged surface. This allows the viewer to see the initial constructive logic of the composition.

My work in general is of a conceptual nature. I think of most of my work as experiments similar to the Scientific Method…

7 Steps of the Scientific Method

I have a strong interest in Chance Aesthetics which is to allow accidental, unintentional or unexpected elements to happen in one’s creative process. I work through a serendipitous discovery process.

In order to do this, I set up constructive systems and then establish certain rules that yield a specific range of results. Once I have established a clear formula, then I allow whatever happens within those limits to happen. When I see things emerge that don’t interest me, I can make certain adjustments and changes in the rules: ‘this but not that’ and evolve and refine the constructive system until I like the chance-based results or until I wish to see a different result. There is continual analysis.

When an artist has the great privilege of working full time in the studio as I do, there is plenty of uninterrupted time to be saturated in one’s work, to think deeply, contemplate one’s ideas, approaches and assumptions and then patiently work out how to express them as elegantly as possible.

My wife Rosalia works with me in the studio and so we frequently engage in conversation that helps me clarify my observations or incorporate hers. Since she works on some stage of virtually all the paintings as does my daughter Nisa, new observations often arise which can lead to new or adjusted methods to try out in order to see what happens.

In the end, I trust that there is an inevitable underlying creative harmony informing all things and that it is beyond the realm of human language. If I am attuning myself to that, then whatever happens in the studio will reflect that universal harmony and will be an expression of it.